The state government will take steps to stop adulteration of milk, Health and Family Welfare Minister U T Khader said on Sunday.

He was speaking at the 14th World Milk Day celebrations and week-long Nandini Sihi Utsav organised by the Dakshina Kannada Milk-producers Union Limited (DKMUL) on the Mangalore dairy premises at Kulashekhar.

Milk is considered a wholesome food and adulteration of milk or any other food products is an offence, the Minister said.

“The state government, in its cabinet meeting, has planned to support dairy farming which is the backbone of farmers, with special schemes”, Khader said.

DKMUL president Raviraj Hegde said buying milk from other districts has decreased to 40 per cent. Earlier, in the peak season, one lakh litres of milk was purchased and an average of 80,000 litres annually. 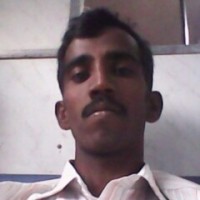 THIS BLOG SHOWS ALL FOOD SAFETY RELATED ARTICLES IN YOUR FINGER TIPS.....